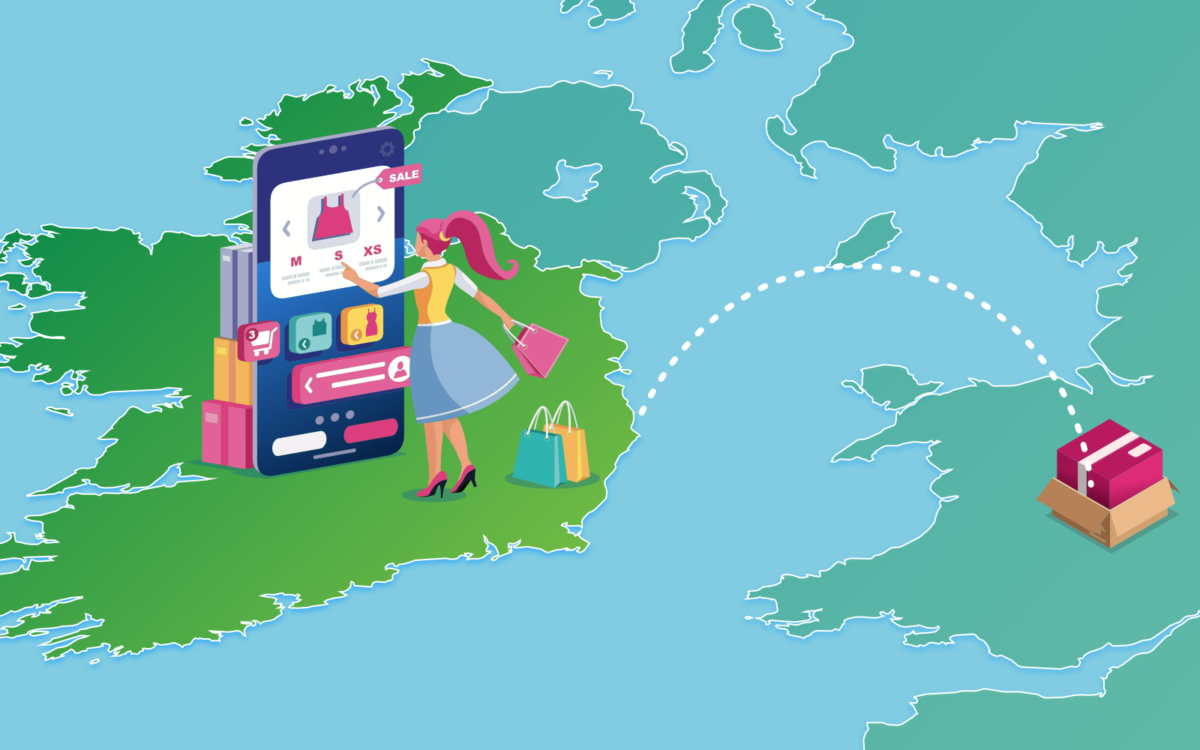 Amid the turbulence of the last couple of years, it may have seemed that change really is the only constant.

No sooner had Europe begun to emerge from the lockdown prompted by the coronavirus pandemic, then it was forced to confront the uncertainties generated by Russia’s invasion of Ukraine.

A resulting rise in fuel prices has contributed to inflation which has naturally led politicians to ponder the impact of consumers tightening their belts.

Earlier this month, Ireland’s Economic and Social Research Institute (ESRI) advised that inflation in the country might reach levels not seen since the early 1980s if no resolution was found to the Ukraine conflict.

However, it seems that the pressures have not yet dimmed the appetite of shoppers in the Republic for online shopping.

The Central Statistical Office (CSO) has just reported that e-commerce accounted for five per cent of all retail spending during the month of March – after the start of the war in Ukraine.

Although that number is well short of the 15.3 per cent set in April 2020 – just weeks after measures designed to tackle the spread of Covid-19 were introduced – it is still almost double the figure recorded in January 2019.

We should perhaps not be too surprised.

Even as the ESRI issued its inflation warning, it noted that Ireland’s “robust” economic recovery in 2021 had been due to shoppers being busy online and on the high street.

The same was true of the convenience stores which underpin the drop2shop e-commerce delivery and return network that has proven so popular with the country’s consumers since its launch in January 2020.

In fact, during the course of last year, Irish citizens racked up £6.04 billion (€7.142 billion) in online sales, an increase of seven per cent in a year.

New data from the Office for National Statistics (ONS) shows that e-commerce made up just over one-quarter (27 per cent) of all retail sales during April.

Last month, more than £2.1 billion was spent online each week. In excess of £241 million was spent on “textiles, clothing and footwear” every seven days – an increase of 62 per cent on the value of orders placed just before the pandemic began in earnest in Europe.

The picture is certainly not reflected by mainland Europe, where e-commerce sales during the first three months of this year were down 13 per cent on the same period in 2021.

That is notable because it is the first decline in the nine-year history of one leading index of e-commerce activity.

Having said that, though, 2021 did constitute a rise of 69 per cent on the year before, demonstrating the effect of lockdown on our shopping habits.

The figures reinforce why Ireland – which experienced three times the percentage growth in online sales during 2021 seen by the UK – stands out as such a priority for leading brands.

If economic pressures mount, as the authorities expect, attracting those consumers who do continue to buy online will become even more important.