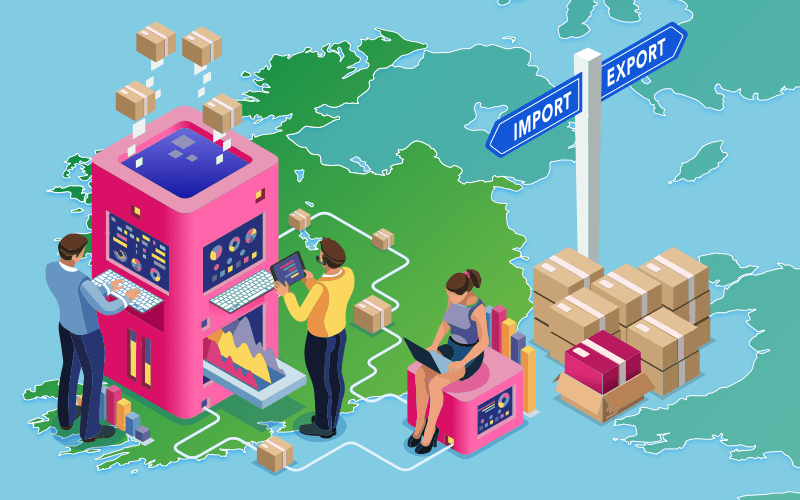 The success of a customs clearance system created by one of Ireland’s most dynamic logistics companies has led to a surge in business and recruitment.

COLL-8 has described how it has seen a dramatic rise in work from firms trying to beat the delays caused by additional border checks as a result of Brexit.

Following widespread reports of some significant delays at Dublin port, Mr Field added that COLL-8 was working for its own clients as well as other major parcel carriers as it was able to complete end-to-end shipments within their expected time frames that were in line with their pre-brexit transit times.

The increase in business has led to a 50 per cent growth in staffing at COLL-8’s headquarters at Baldonnell.

“I think that everyone expected there to be some challenges for shippers and the Irish authorities in coming to terms with the new processes.

“The fact that so many Irish consumers have been shopping online during the Covid pandemic has only heightened the strain which the infrastructure has been under since the turn of the year.

“Even so, the amount of clearance work which we have been handling has far exceeded our initial expectations.

“It’s a vindication of our decision to invest in the development of our own system to automate the procedure rather than relying on a very time-consuming manual alternative.

“Having our own bonded facility also means that we have been able to further accelerate the clearance process and that’s proven important to e-commerce clients for whom speed is of the essence.

“We have also been called upon by a number of major European carriers anxious to help clear the goods which they’re shipping as quickly as possible.”

Although a start-up, COLL-8 has been set up by some of the domestic parcel industry’s most experienced professionals, including Mr Field, who co-founded the firm which became the Republic’s biggest independent supply chain business, Nightline.

Mr Field said that the rise in workload had already prompted the recruitment of specialist staff in COLL-8’s customer service, operations and administration departments.

He added that plans were well advanced to hire even more staff to deal with the extra parcel volumes.

Only last month, the Irish Central Statistical Office (CSO) published figures showing that e-commerce accounted for 5.6 per cent of the country’s entire retail sales during December – a rise of more than one-third on the year before.

E-commerce, Ireland and the window of opportunity